Research on Single-Phase Bridge Rectifier Circuit Based on MATLAB

Rectifiers, especially single-phase bridge-type controllable rectifier circuits, are important in power electronics technology and are widely used circuits. They are not only used in general industrie

Rectifiers, especially single-phase bridge-type controllable rectifier circuits, are important in power electronics technology and are widely used circuits. They are not only used in general industries, but also widely used in transportation, power systems, communication systems, Other areas such as energy systems. Therefore, it is of great practical significance to compare and analyze the relevant parameters of the single-phase bridge controlled rectifier circuit and the working conditions of different nature loads. It is not only an important part of the theoretical study of power electronic circuits, but also the actual practice of engineering practice. The application has predictive and guiding roles.

In Figure 1, VT1 and VT2 are thyristors with trigger pulse phase difference of 180?, VD1 and VD2 are rectifier diodes, and these four devices form a single-phase bridge half-controlled rectifier circuit. The resistor R and the inductor L are loads. If the inductor L is assumed to be sufficiently large, that is, ωL ≥ R, since the current in the inductor cannot be abruptly changed, it can be considered that the load current maintains a constant value throughout the steady state operation. Due to the characteristics of the bridge structure, as long as the thyristor is turned on, the load always adds a forward voltage, and the load current always flows in one direction, so the bridge half-controlled rectifier circuit can only work in the front quadrant because ωL ≥ R, Therefore, regardless of the value of the control angle α, the change in the load current id is small. 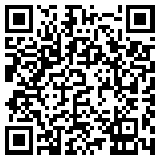